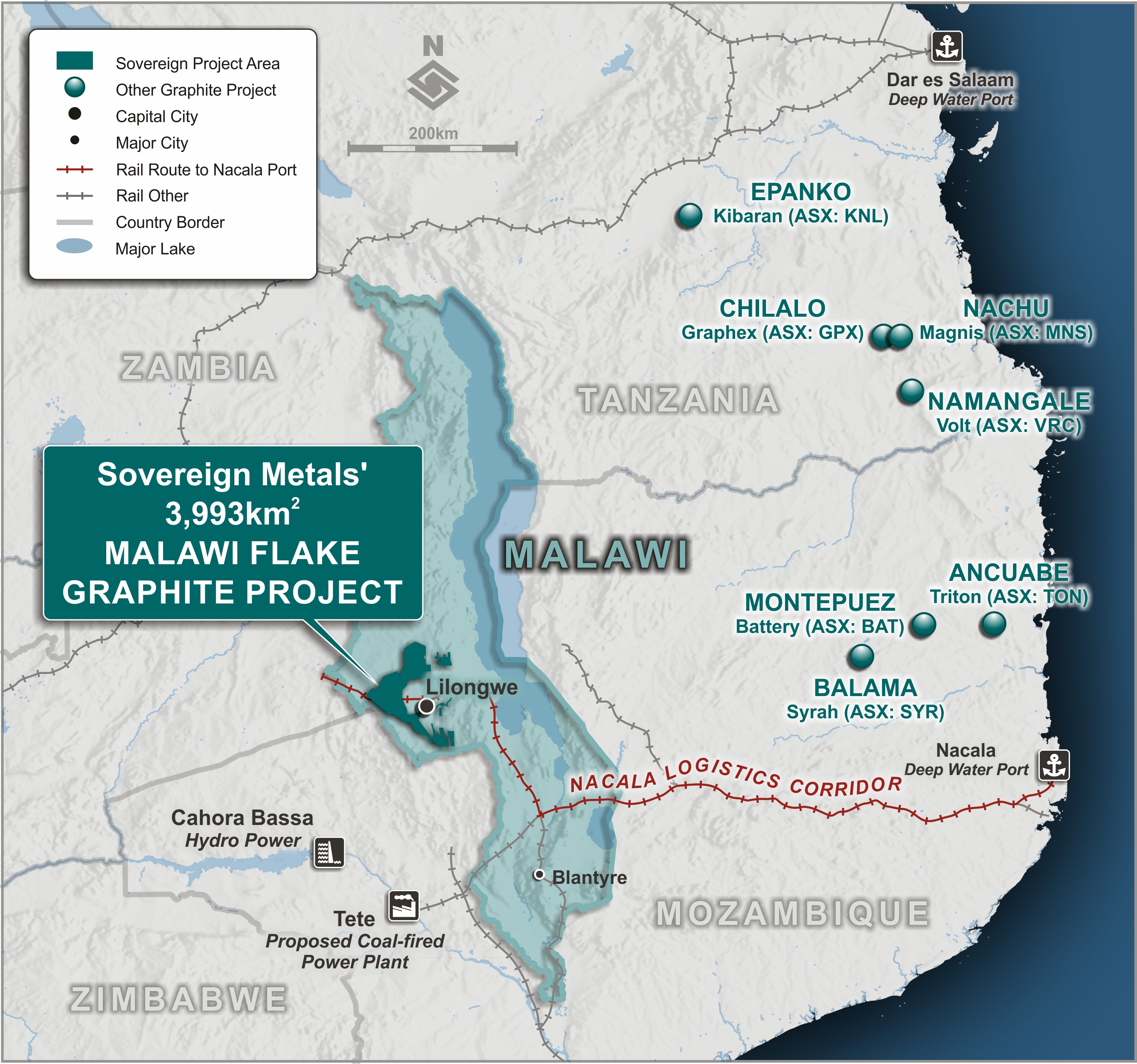 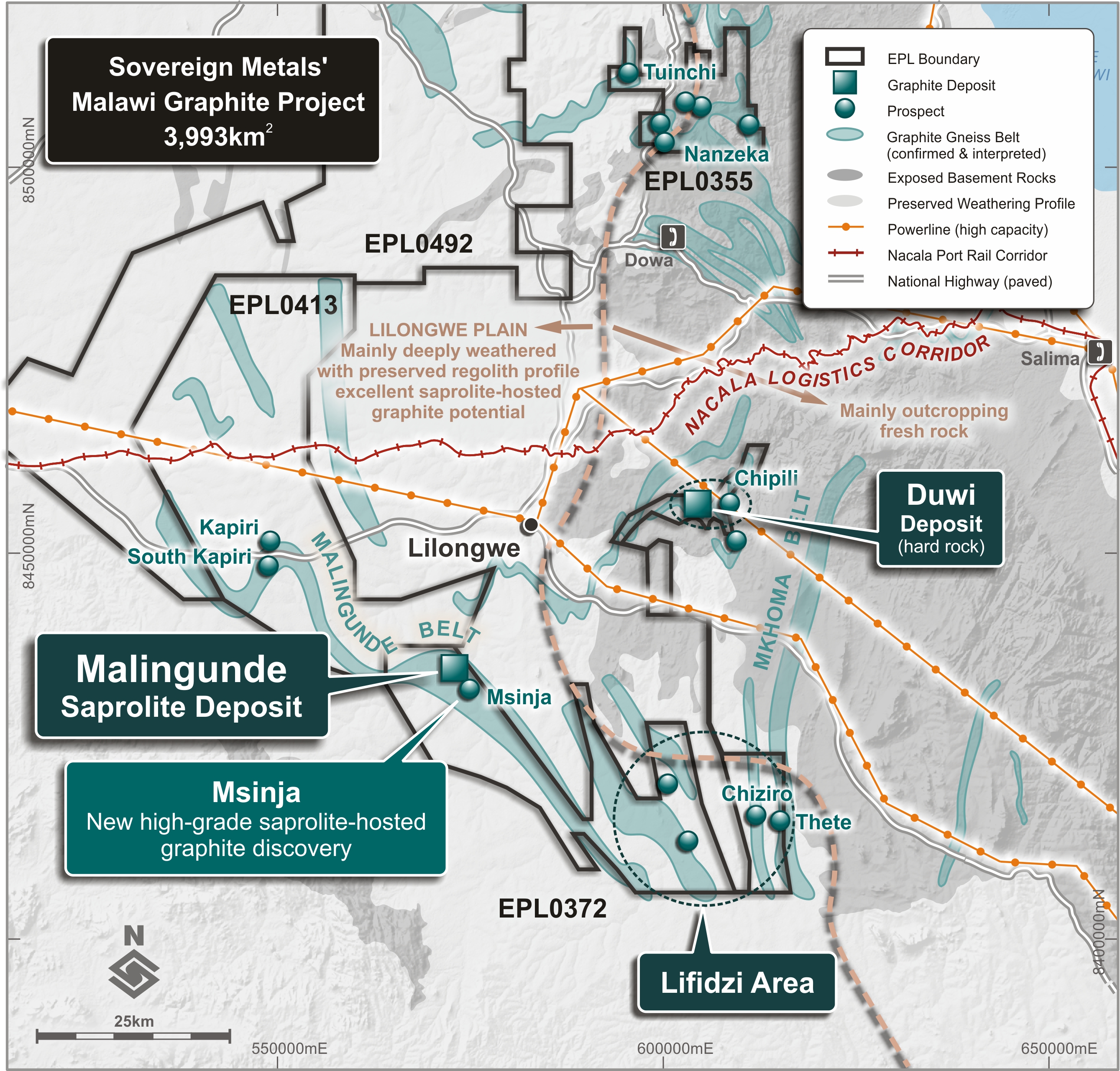 In 2018 Sovereign delivered a Pre-Feasibility Study (PFS), highlighting that the Project has capital and operating costs per unit at the very bottom of the graphite supply cost-curve. 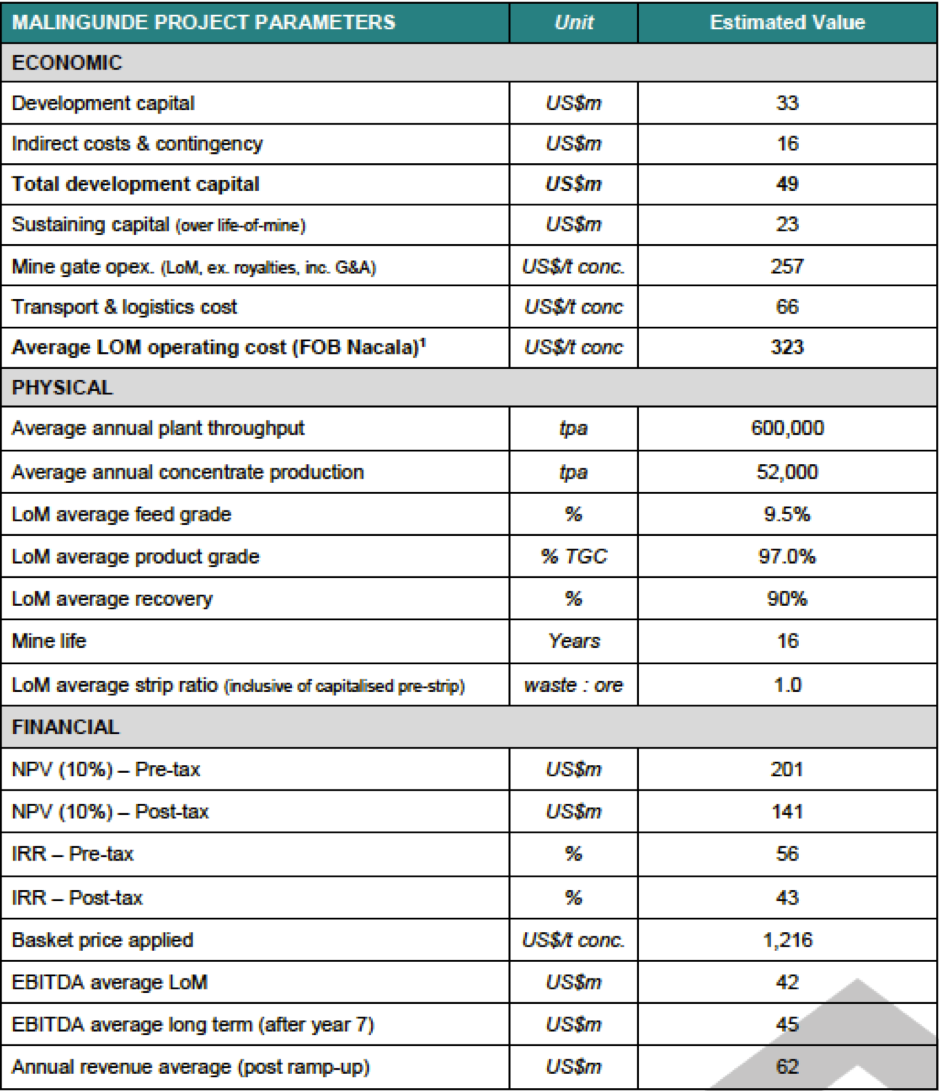 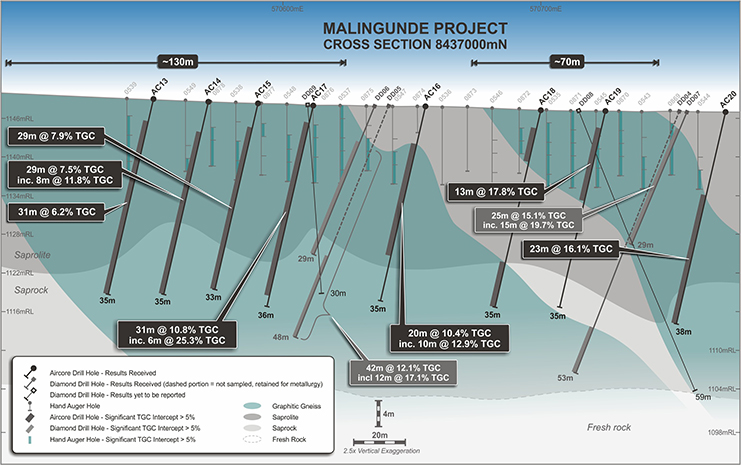 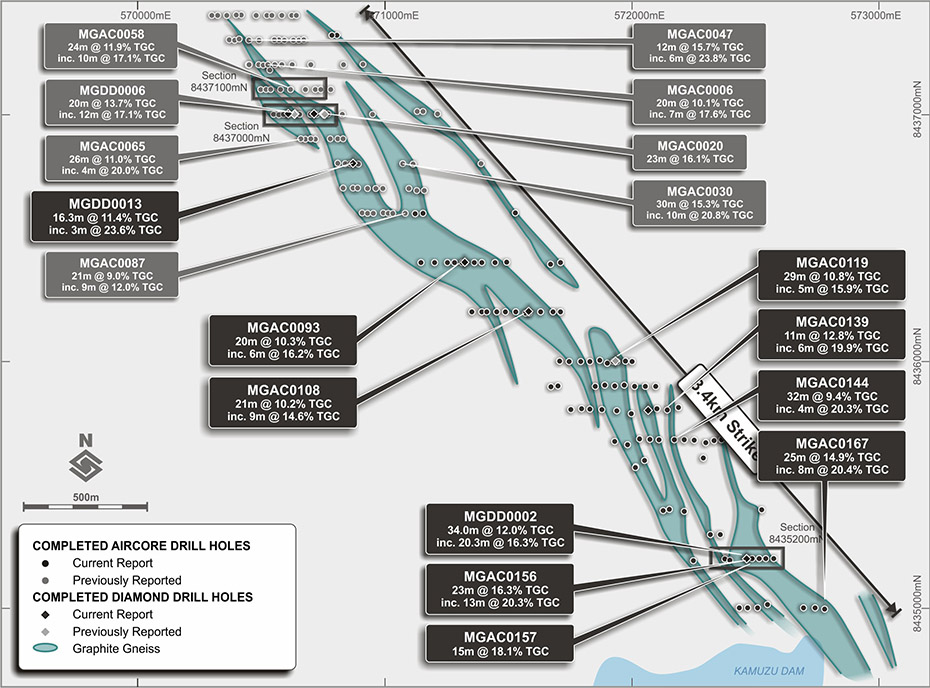 Sovereign controls a very large over 4,000km2 tenement package, with the majority being prospective for saprolite-hosted flake graphite potential. Exploration to date has only “scratched the surface” of this potential, and current datasets suggest that there is potentially several hundred kilometres of cumulative strike length of saprolite-hosted graphite mineralisation in the area. 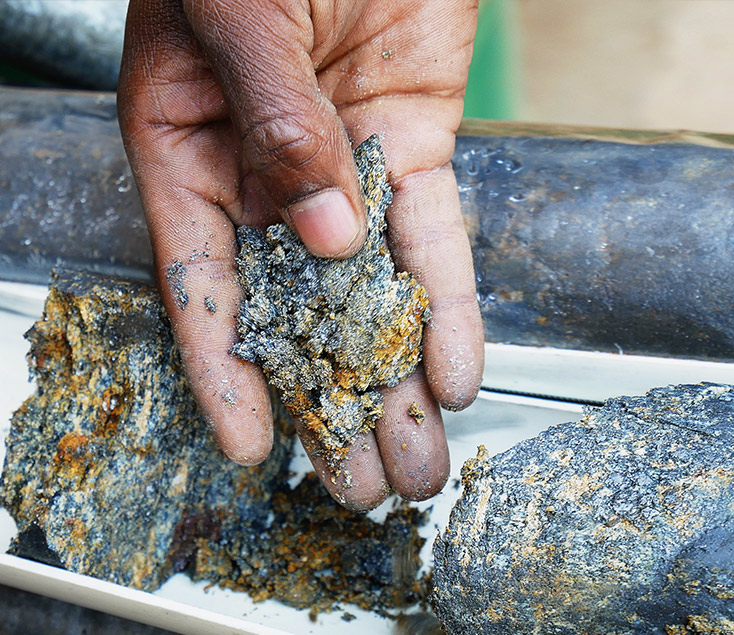 The Company has identified several separate graphite deposits across its land holding in Malawi. These are a combination of hard rock deposits, and soft, free-dig, weathered saprolite-hosted deposits. Early work 2012-2015 focused on outcropping, hard rock deposits, whilst later work 2015-2019 focused on the soft, saprolite-hosted deposits. The graphite potential in central Malawi is immense.