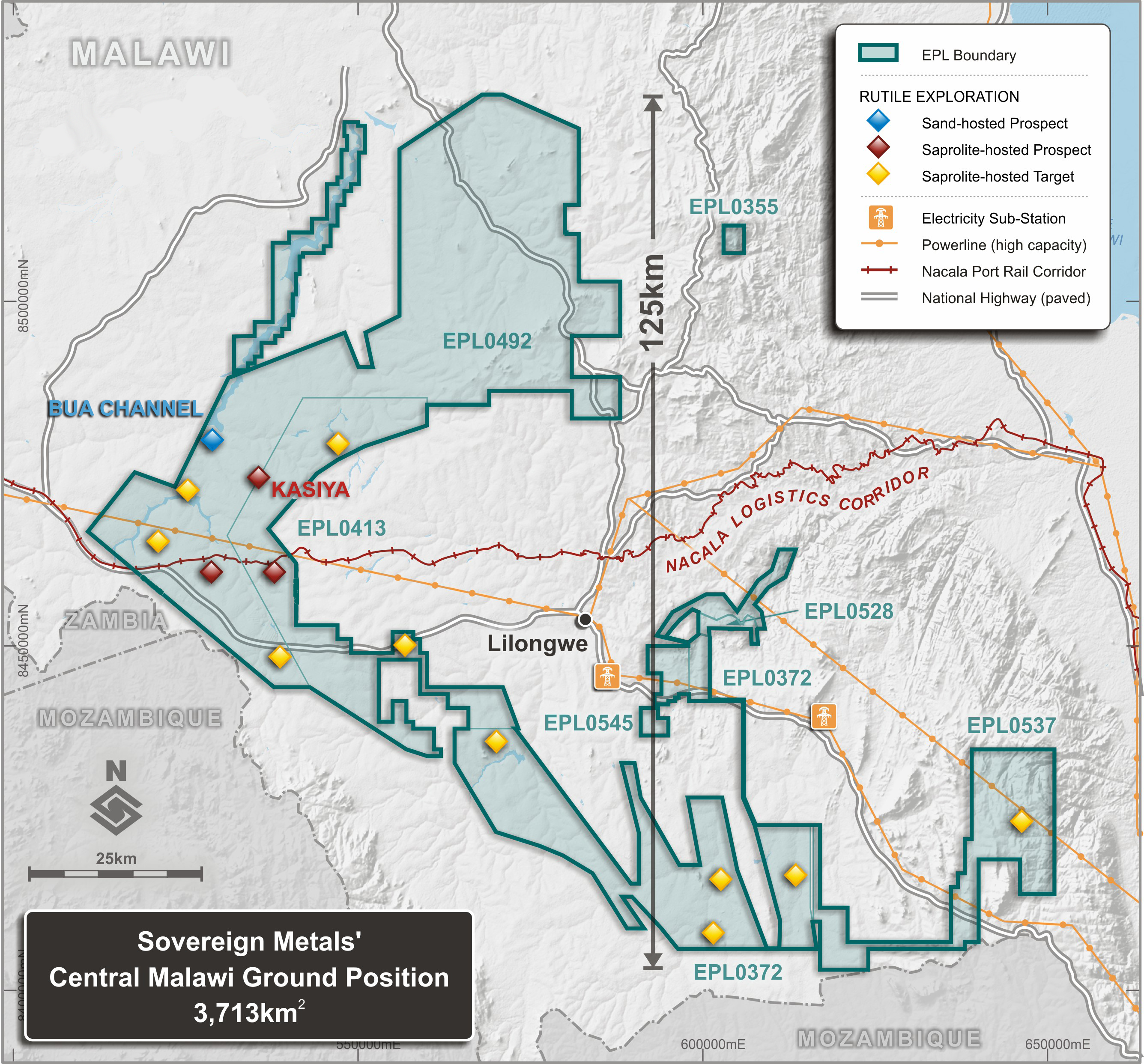 Sovereign believes it has identified a globally significant, strategic rutile province across its large ground holding in Malawi.

Sovereign is targeting the definition of a substantial resource that can support a long-life, large scale rutile operation.